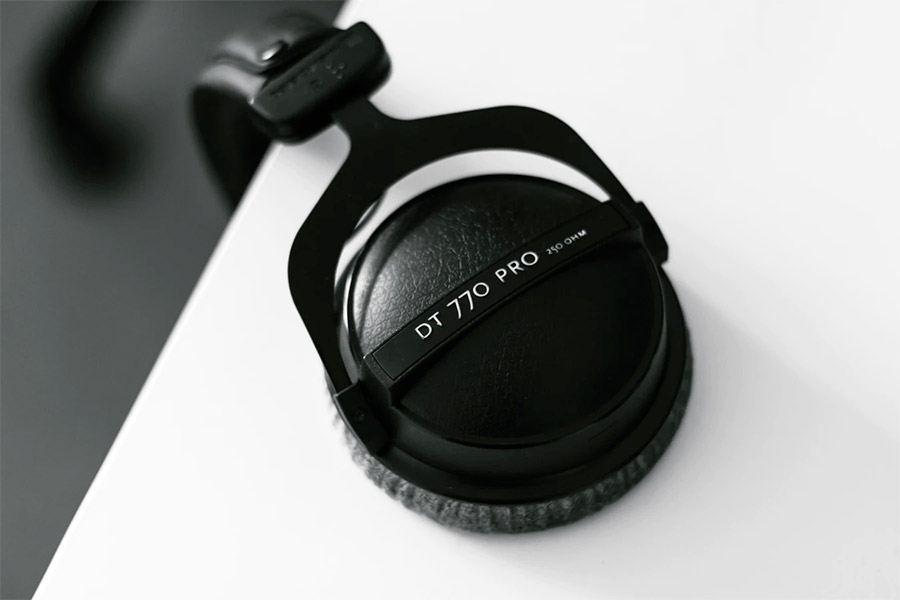 The innovative technology has been around since the 1950s, where a researcher named Dr. Lawrence Jerome Fogel built an active noise canceling system for the aviation industry and submitted the patents.

Pilots on long flights could communicate easier after the system helped to decrease the surrounding noise, thus marking the birth of the noise-canceling headphones we all know now—just a question of time.

However, quality indeed comes at a price: noise-canceling headphones with a price tag from around $300 to $350 (and even higher) can give a decent to satisfying listening experience.

Moreover, it’s also up to which one among hundreds of products out there that matches your needs, because what works for others may not be the case for you.

In general, there are two types of noise-canceling systems in these headphones: active and passive.

The active noise-canceling headphones have microphones that gather and subdue any low-frequency noises before they reach your eardrum.

It works further by producing 1800 phase-inverted sound waves to counterbalance the ambient noise; hence—these two sounds are finally canceling each other out.

To simplify it: If you’re wearing them on a train or plane, for example, they’ll produce sound waves that work 1800 against the engine sound waves. As a result, bye-bye to the noise of the buzzing commute!

Although they don’t use any of the methods above, the passive noise-canceling headphones work its soundproofing magic from the thick padding they’re made up of.

Regardless of which system you want, if you’re considering purchasing these headphones but still hesitating over the price, this article will help to give you the much-needed information to answer: are noise-canceling headphones worth it? You be the judge!

As the primary function of noise-canceling headphones, many of its consumers come from avid travelers or city dwellers that are too fed up with the heavy noise pollution around them.

Despite the dynamic and lively atmosphere, it’s an open secret that living in a city is prone to a host of stressful lifestyles, factored by noise pollution amongst its cause.

If you can relate, then you know how clamorous your surroundings will be when riding public transportation, shopping in the supermarket, or walking with other pedestrians on the sidewalk.

Noise pollution, in any case, has its official clarity. Any “unwanted or disturbing sound” you experience can be categorized into it.

According to the United States Environmental Protection Agency (US EPA). But when you think you can put up with mere loud noises every day, it turns out the effects trailing behind it is way more shocking.

The US EPA also informs that exposure to noise surpassing 85 decibels can slowly damage an adult’s health, whereas over 60 decibels can be detrimental to children.

To get the message, you should know that even hearing noises as low as 65 decibels can already intensify your stress hormones, heart rate, and blood pressure.

Nonetheless, we’re exposed to it every day: regular conversation, cat purr, AC hum, and simmering water—all of which are the typical living experience.

It’s where noise-canceling headphones prove out its worth. With the thoughtful go-to design and noise reduction ability, you’re more likely to decrease the chance of getting exposed to this noise pollution.

For instance, you won’t need to crank up the volume of audio files you’re listening to in order to beat other loud noises.

Another food for thought: a 2011-2012 research conducted by the Centers for Disease Control and Prevention (CDC) uniquely studies the impact of continuous noise pollution exposure for the United States citizens.

NIHL is the hearing impairment prompted by the prolonged exposure to a loud pitch of noises, which is why people who work daily in noisy environments like woodworking shops or factories should be extra careful.

An occasional exposure to explosive noises can also result in NIHL.

Most of which come from recreational activities (attending concerts, listening to music with earbuds at a loud volume, hunting, playing games, doing a band practice, or target shooting) and sound-generating items (vacuum cleaners, motorcycles, lawnmowers, sirens, or electric drills).

A good rule of thumb is that the louder the sounds or the longer you listen to the loud noises, the quicker NIHL emerges. If you can’t avoid any of these circumstances, however, then noise-cancelling headphones can be in a good cause.

Since they don’t generate low-level radiation like microwaves, wearing noise-canceling headphones is undoubtedly safe as well.

Wearing a pair of noise-canceling headphones can indeed help block out excessive noises, and in turn, you can concentrate better at the task or activity at the moment. Recommended for students!

A quieter environment inevitably leads to a peaceful state of mind and body, too, which can be helpful to people who are sensitive to sounds.

Although it looks mild, some people can experience ringing in one or both ears and even migraines upon hearing loud noises, which can be irritating and end up hindering their productivity at school or work.

There are also cases where people have temporary hearing loss after getting exposed to sudden or continuous loud noise—all of which can cause adverse impacts in the long run.

Noise-canceling headphones can also help anybody who suffers phonophobia, a type of anxiety disorder triggered by unexpectedly abrupt high-pitched noises.

The symptoms of this disorder include irregular heartbeat, excessive sweating, and panic attack—sometimes to the point where they faint, too.

A peaceful mind also leads to lower stress levels! Just check your cortisol levels after those quieter days. Afterwards, lesser stress contributes to better sleep, which is a luxury for people with insomnia.

Do you know that about 40 million citizens of the US have chronic insomnia? Imagine how the statistics will read in other countries! Insomnia indeed is a common sleeping disorder, and one of its famous triggers is ambient sounds.

Thus, don’t get too surprised if you see someone wearing noise-canceling headphones while they sleep. As long as nothing is making the welkin ring, peaceful sleep is on your way!

Are There Even Disadvantages of Wearing Noise-Cancelling Headphones?

Noise-canceling headphones seem like a well-oiled machine, but are there disadvantages?

On the downside, you may need to get used to wearing something heavy on your head. Even in a glance, they already look pretty bulky.

Moreover, there are many inner components in it to produce high-tech functions, and if you don’t prefer holding up its weight, you can instead purchase noise-canceling earbuds.

In effect, active-design models require a source of power like electricity charges or alkaline batteries in order to remove the disturbing noises.

If you’re purchasing this type, then you need to make sure the headphones always have their power, primarily if you aim to reduce your noise pollution exposure or if you suffer from the disorders as mentioned earlier.

Many wearers have also complained about the compromised sound quality of their audio hearing when it comes to active-design models.

Don’t get too shocked, but noise-canceling headphones actually can’t block all background sounds, too. There’s no ultimate silence to expect when you use the device because some noises still can get through, and even the best ones aren’t silver bullets.

Referring back to the plane example before, you can indeed not listen to its engine buzz, but that only happens because your headphones cancel out the steady, low-frequency sound.

Nowadays, you can find pairs with persuasive marketing taglines like “95% noise reduction” or “20 dB reductions”, but you should read critics or users reviews first before purchasing them.

Let’s conclude your reading by answering the central question: are noise-canceling headphones worth it?

They’ll be super worthy if you work in a noisy environment, often travel or commute in public transportation, wish to have a sharper focus on tasks, or want to sleep better.

Even if you belong in those categories, you’re still entitled to ask whether you really need one, especially if you’re pressed for money. Otherwise, if you’re sure you’ll rarely or occasionally use it, purchasing standard headphones is enough.

Your verdict will also rely on the considerations of types of noise you wish to remove, how you’re planning on wearing them, personal preference, and other possible critical questions.